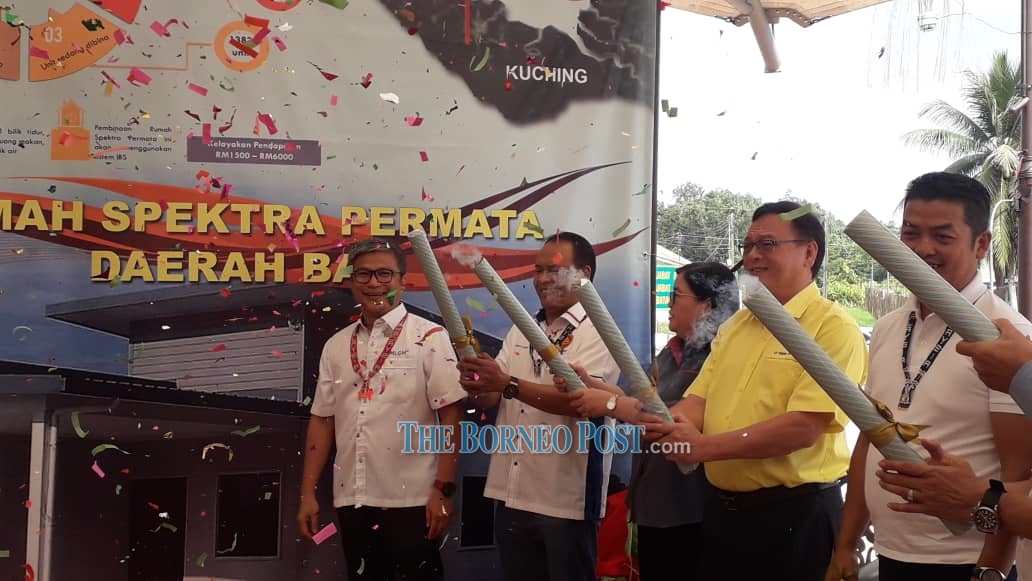 BAU: A total of 1,383 units of Spektra Permata houses (RSP) are currently being built throughout Sarawak.

Assistant Minister of Housing and Public Health Dr Annuar Rapa'ee said some of them have been completed while some are still in progress.

He said the 1,383 units are among the 2,500 RSP announced by Chief Minister Datuk Patinggi Abang Johari Tun Openg in January last year and to be delivered within two years from the day of announcement.

"The locations for these remaining units had been identified all over Sarawak. So it is just a matter of time for these 2,500 units of RSP to be delivered," he told reporters after the launch of RSP programme at Luboh Bau here yesterday.

Asked if any or the houses have been fully completed, Dr Annuar said some house owners, for example in Sibu, have already move in; some have already started to pay the loan and waiting to move into the house.

He said the implementation at the seven new locations will begin this year because they need to complete all the 2500 units by end of 2022.

Dr Annuar noted that the respond to the RSP project in Sibuluh was very good.

"In other words, there are lots of demands here. So I think the Tasik Biru assemblyman Dato' Henry Harry Jinep and Housing Development Corporation (HDC) will have to sit down again to look into this issue; whether we should put some more in Bau.

He said that the Housing Development Corporation planned to construct 164 units in Sibuluh with the 50 units expected to take after March.

"The requirement to build the 50 units is that there must be at least 200 applicants. And today all the 200 have finished within one hour.

"So you see, there is good demand here," he said.