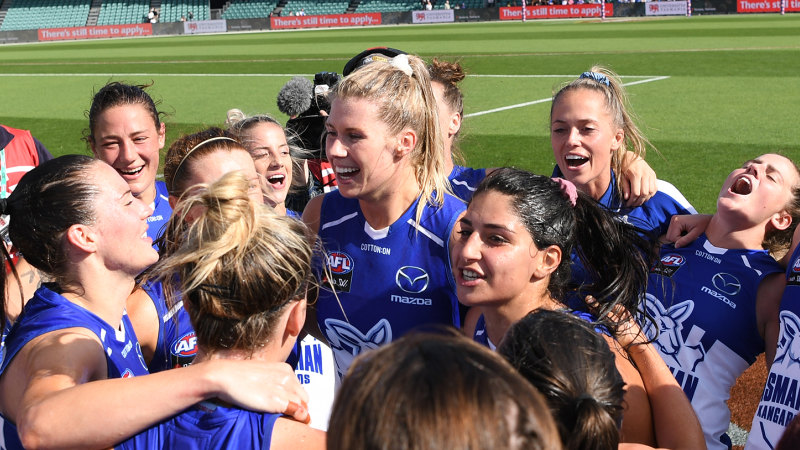 North Melbourne proved themselves as contenders for the AFLW title after coming back from a disappointing first-up loss to beat the GWS Giants 37-19 in Tasmania on Saturday.

The two teams battled strong winds at University of Tasmania Stadium, with tensions boiling over several times. The Giants were given a free kick at a crucial point in the third quarter due to a two-handed shove in the back from Brittany Gibson that saw Britt Tully hit the ground heavily. Tully dusted herself off to kick a goal from the set shot.

"I spoke to her and she explained that it was just protecting her teammate," Gowans said. "She felt like she needed to make a statement. I just said 'probably the wrong time to do it' but she apologised, so it is all good."