Sun sets on Richmond as Tigers remain winless in AFLW 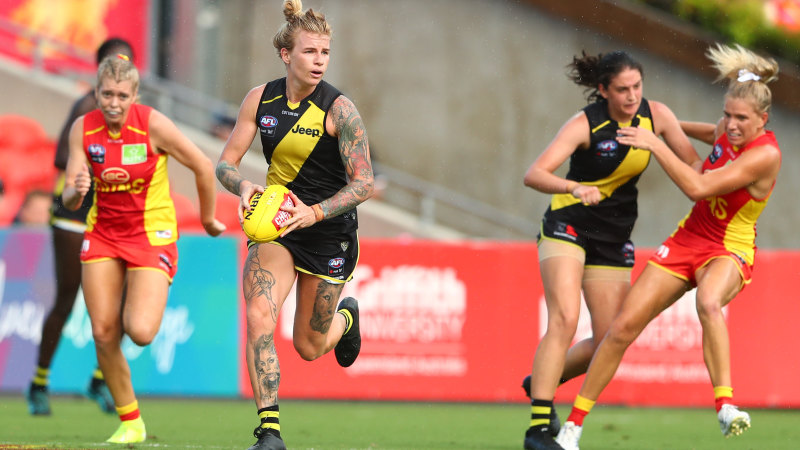 Richmond's much-hyped AFLW arrival has been dealt a harsh reality check - and there could be more pain to come - after the Tigers fell to an 11-point loss to the Gold Coast Suns.

Beaten by Carlton in their maiden clash last week, the Tigers had hoped to build momentum against a Suns unit which managed only one goal in round one. But playing before their home supporters at Metricon Stadium, the Suns had a night to savour, toasting their maiden victory.

The defeat will almost certainly leave the Tigers at the foot of the conference A table and, on the evidence so far, out of finals contention in what is an eight-game home-and-away season.

Coach Tom Hunter rued a lack of composure heading into forward 50, for poor ball use and decision making in the warm conditions made it a tough evening until three quarter-time, but in the final term the issue was wasted opportunities in front of goal, for they managed only five points.