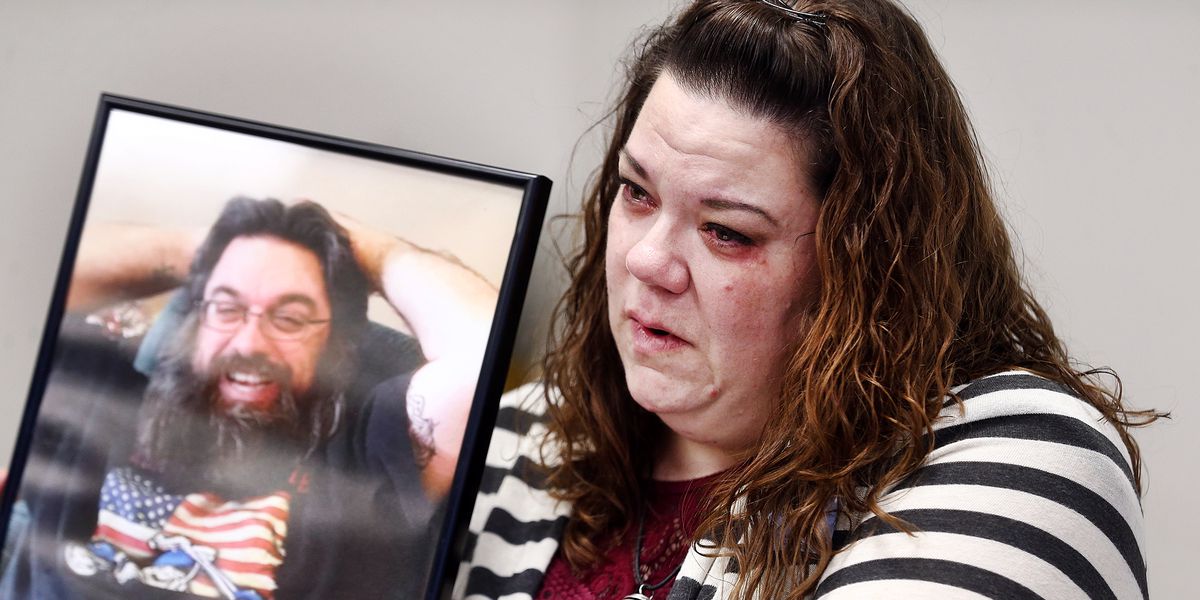 WEST VALLEY CITY -- When Tiphanie Clark went in for a routine physical in 2008, she had never heard of a nephrologist. The Driver License Division employee and volunteer firefighter was confused when the nurse told her to make an appointment with a kidney specialist right away.

"She walked into the room and said, 'You need a transplant,'" Clark said.

The nonprofit Donate Life estimates 22 Americans die every day waiting for an organ donation, a grim reality that the Utah Driver License Division is trying to change.

During the month of February, Driver License Division employees will wear red T-shirts every Monday and Friday encouraging Utahns check the box on their license application to become an organ donor.

As part of the campaign, four employees with the Driver License Division -- Tiphanie Clark, Brandy Gomez, Cindy Martin and Maren Bowen -- met in West Valley City on Friday to share how organ donation impacted their lives.

Speaking to a room full of her colleagues, Clark explained the fear and uncertainty that came with joining the roughly 100,000 Americans waiting for an organ transplant.

"I'm thinking, I have a 10-year-old son, a 13-year-old son, I work 40 hours a week for driver's license, I was also a first responder and a volunteer on the fire department. How am I going to do this?"

About a year later, Clark got a call from the hospital saying they had a kidney and a pancreas for her.

"I had a hard time because for 13 years, all I did as a first responder was try to save lives," Clark said. "And this person gave me this gift to watch my sons grow up."

Clark hopes that by sharing her story she can put to rest the reservations people have about becoming an organ donor.

Tracy Schmidt -- executive director of the nonprofit Donor Connect, which helps manage donor registries in Utah and Idaho -- said people often think first responders might elect not to save their life if they become an organ donor.

"It's totally erroneous," he said. "Everyone in the medical system is there to help."

Schmidt also said people choose not to become an organ donor because it requires them to think about their own mortality.

According to Donor Connect, one organ donor can save up to nine lives, while tissue donors have the potential to save up to 100. Each year, tens of thousands of people are given a new lease on life thanks to an organ donation.

"I just hope I'm living the best life I can for my donor's family," Clark said, pausing to dry her eyes during an emotional press conference. "I think about him everyday."