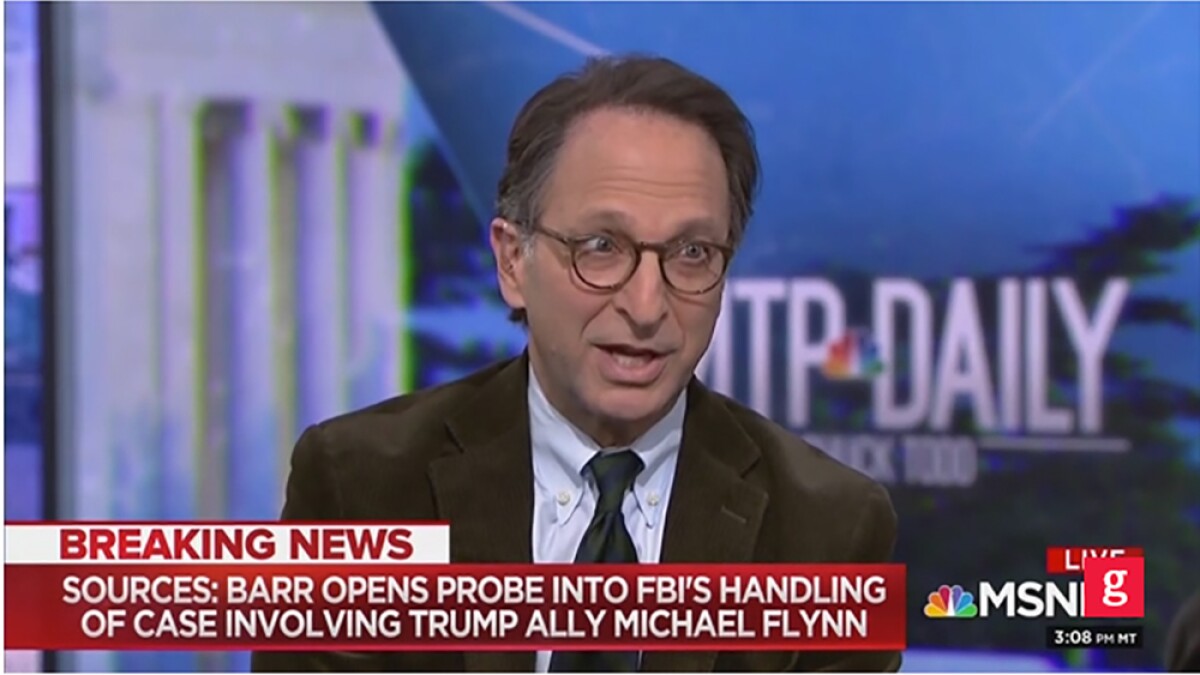 One of Robert Mueller's former top prosecutors said the outside prosecutor picked to review the case against retired Lt. Gen. Michael Flynn is a ruse to investigate President Trump's perceived enemies.

Andrew Weissmann, a former Justice Department official who was known as Mueller's "pit bull" during the Russia investigation, said the Justice Department swapped out the "loser case" of Andrew McCabe, who escaped criminal charges on Friday for allegedly lying to investigators about authorizing media disclosures, for a fresh one targeting top former FBI officials, including McCabe, led by Jeffrey Jensen, the U.S. attorney for the Eastern District of Missouri.

"All they did was swapped out a loser case for starting an investigation that is going to be of Comey, McCabe, Pete Strzok," Weissmann told MSNBC host Chuck Todd.

All three officials were involved in the investigation into the Trump 2016 campaign's alleged ties to Russia, which Trump and his allies have called a "witch hunt." Mueller, who took over the inquiry after FBI Director James Comey was fired in May 2017, found no criminal conspiracy when the investigation ended last year.

Weissmann, now an NBC News legal analyst, has defended the FBI while raising concerns about Barr, who faced criticism this week after he intervened in the case of Roger Stone, another Trump associate caught up in Mueller's investigation. Barr is also under intense scrutiny for U.S. Attorney John Durham's inquiry into the origins of the Russia investigation, which critics claim is meant to discredit Mueller's work.

He said Jensen's appointment was "interesting" considering that the judge presiding over the Flynn case rejected claims that Flynn was set up by the FBI after seeing the facts about the underlying investigation. Flynn pleaded guilty in 2017 for lying to investigators about his conversations with then-Russian Ambassador Sergey Kislyak regarding U.S. sanctions and a United Nations Security Council vote.

"What I would love to know is what the factual predicate, given that Judge Sullivan has found nothing there," Weissmann said.