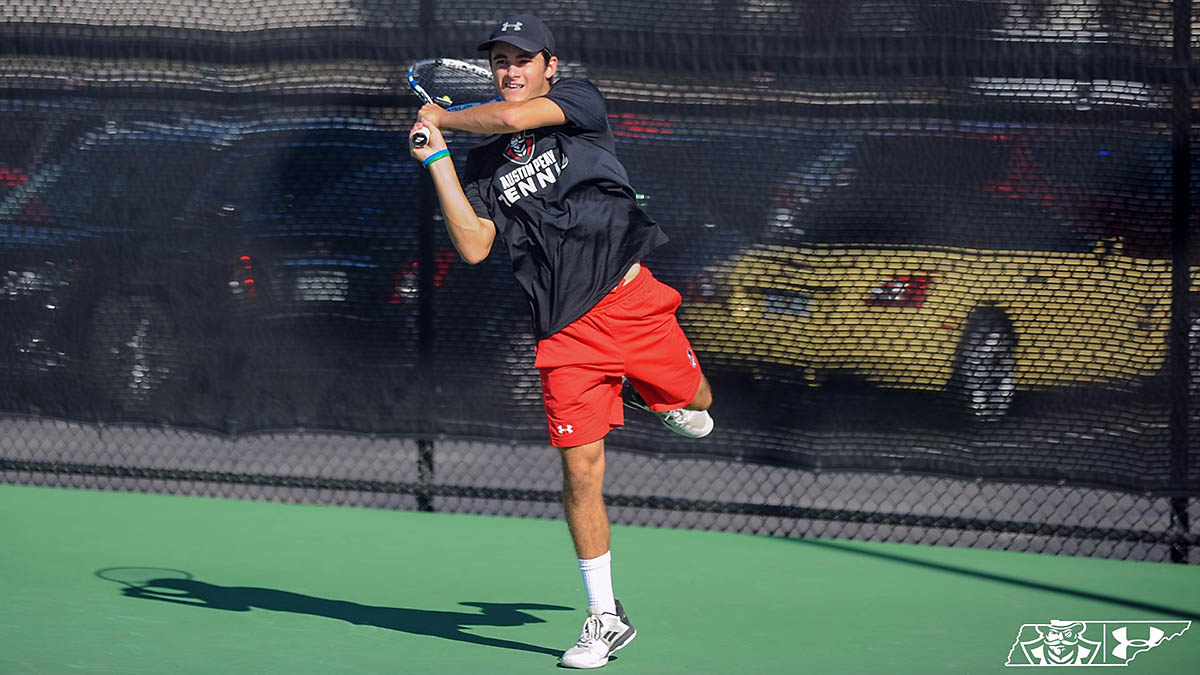 Clarksville, TN - It came down to the wire, as Austin Peay State University (APSU) men's tennis was tied 3-3, before junior Jacob Lorino picked up a decisive win in the final match of the day to get the Govs in the win column for the first time this season, as they beat Carson-Newman, 4-3, Friday at the Governors Tennis Center.

The Governors found themselves in a hole early in doubles play, as Carson-Newman took the first match, knocking off Hunter Sanders and Thiago Nogueria in the No, 3 position. But the Governors bounced back almost immediately, as Anton Damberg and Julius Gold won the No. 2 matchup to square things up.

But the Eagles would claim the doubles point, as they knocked off Lorino and Chrisitian Edison in No. 1 matchup.

Trailing 1-0 at the beginning of singles action, the Govs wasted no time getting back in front. Edison bounced back and posted a win in the No. 1 singles position for the Governors first point of the day, before Gold won in the No. 3 spot to give the APSU Govs their first lead. But Carson-Newman would respond, beating Austin Peay State University's Oliver Andersson in the No. 4 singles match to tie the match once again.

The match did not stay tied long, as Damberg picked up a win in the No. 2 singles match to give the Governors a 3-2 advantage. However, Carson-Newman would not go away quietly, picking up a win over Sanders in the No. 6 position to tie the match at three, with one singles match left on the courts.

After winning the first set of the match, Lorino dropped the second set to tie the decisive No. 5 singles matchup. But Lorino rallied, picking up a 6-3 win in the final set to claim the Governors first win of the season.

The Austin Peay State University men's tennis team will remain at home, as they are set for a noon, February 18th, 2020 match against Cumberland at the Governors Tennis Center.