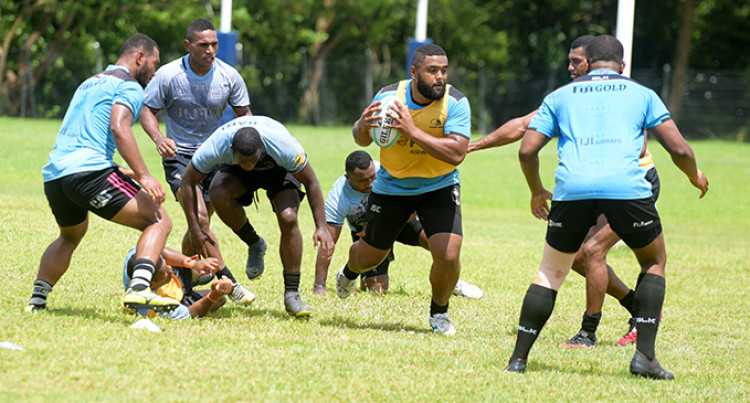 Fijian Latui duo Jiuta Wainiqolo and Chris Minibi will miss the first round of the Global Rapid Rugby competition against the China Lions at the ANZ Stadium in Suva on March 14.

Coach Senirusi Seruvakula said both players will need to play for the Swire Shipping Fiji Warriors team in order to be capped as Flying Fijians.

"Wainiqolo and Minibi will be part of the Warriors team for the Pacific Rugby Championship next month," he said.

"They haven't been capped so they will play three games with the Warriors. They will miss out in the first round but will be back for us in the second round."

"Jiuta and Chris are the players that need to be capped. That's why they are here with us because they will be contracted for us but they will need to be with the Warriors during the PRC."

Seruvakula added their inclusion will boost the Warriors' performance in trying to win the title this year after missing out in 2019.

"Players like Wainiqolo, Minibi and Osea Waqa will add depth to the Warriors team,"he said.

Meanwhile, Seruvakula emphasised the importance of discipline during the two-day camp.

"We did a presentation in regards to discipline and what we expect from the players," he said.

"Discipline is paramount on and off the field. They know and understand that so will see how it goes on game day."