We need a simpler retirement system

by The Globe and Mail 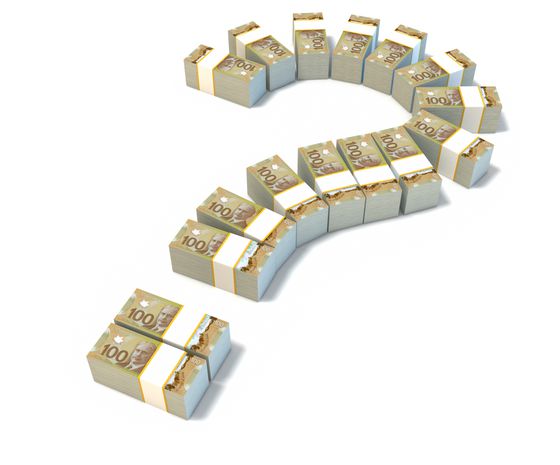 This translation has been automatically generated and has not been verified for accuracy. Full Disclaimer

We're now deep into RRSP season, that special time of year when many Canadians rush to buy high-priced mutual funds because a financial adviser they meet once a year tells them it is a good idea.

This questionable annual tradition makes February an opportune moment to ask how Canada's retirement system could be made both better and simpler.

To be fair, it's not that Canada is a disaster on the retirement front. Quite the contrary. International comparisons such as the Mercer Melbourne Global Pension Index typically award Canada an above-average grade on how this country supports its seniors.

But Canada's system does have its blemishes. One of them is its infernal level of complexity.

In a report last year, Bob Baldwin of the Council on Aging of Ottawa pointed out how programs such as the Canada Pension Plan (CPP), Old Age Security (OAS) and Guaranteed Income Supplement (GIS) can interact in surprising ways to eliminate the benefit low-income earners get from higher CPP payments.

Even where complexity doesn't actively hurt people, it can baffle them. Ask a typical Canadian to explain how tax-sheltered accounts such as registered retirement savings plans and tax-free savings accounts work in tandem with government payouts such as CPP, GIS and OAS, and you'll get a blank stare. Throw in a workplace pension plan (WPP) and the blizzard of acronyms is guaranteed to blind just about anyone.

Complexity doesn't help at a time when fewer and fewer people enjoy the security of a traditional defined-benefit pension. DB plans offer a simple guarantee - they will pay you a set monthly amount from the time you retire until the time you die. As more and more companies ditch DB plans, a growing number of people are being left without the dependable financial anchor their parents enjoyed.

The alternatives are nowhere near as good. In some cases, companies have shifted to defined contribution, or DC, plans, where employer and employee both contribute, but the investing decisions are left up to the employee.

The problem with DC plans is that ordinary people often lack the training to make smart financial decisions. Even when they do, the final payout is uncertain. A market tumble can wipe out a big chunk of an individual's retirement savings.

While DC plans leave a lot to be desired, many employers are going one step further and not providing any pension plans at all. According to a report this week from the National Institute on Ageing (NIA) at Ryerson University, almost two-thirds of employed Canadians don't belong to a pension plan at work.

This is where Canada's swarm of three-letter government programs - CPP, OAS and GIS - come in. To their credit, they have reduced senior poverty to a fraction of where it stood a few decades ago. But the aging of Canada's population, the disappearance of traditional pensions and a less-promising outlook for investment returns are likely to put increasing stress on the system. More and more families are likely to find themselves facing retirements that don't live up to their expectations.

So what can be done? Keith Ambachtsheer and Michael Nicin, the authors of the NIA study, point to some encouraging trends, such the increases in CPP and QPP (Quebec Pension Plan) agreed to by Ottawa and the provinces in 2016. The increases will slowly raise the amount retirees will receive from CPP and QPP in years to come.

But much remains to be done. One key issue is the "misfit between the investment responsibilities Canadians are expected to take on and their ability to do so effectively," the NIA duo write.

Not only are most Canadians badly equipped to manage their own investments, but "many financial advisors also lack the skill and temperament to deliver the services for which clients pay." Mr. Ambachtsheer and Mr. Nicin suggest regulators should demand higher accreditation standards for advisers.

Maybe, though, the real issue is a system that has grown so complex that it requires an expert to understand it.

Among the most appealing of the suggestions in the NIA study are simple-to-comprehend fixes such as giving retirees the option to defer the start of CPP and OAS payments beyond the current ceiling of 70. In exchange for waiting longer, the retiree would receive substantially higher payouts from whenever they do start collecting.

This would offer many middle-class retirees an enticing option. If they were concerned about outliving their significant but not huge nest eggs, they could simply defer collecting government stipends for as long as possible.

There are many other fine ideas out there. As the reports from Mr. Baldwin and the NIA make clear, it is high time for governments and regulators to grapple with Canada's growing retirement challenge. Their job should be to construct a system that is not only better, but also more simpler and more understandable.

on The Globe and Mail