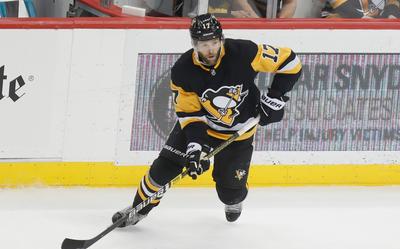 If you follow the NHL, you already know all of the top players. Obviously, when playing DFS, those players will come at a high cost. In this article, we are looking to find the cheaper value plays to help you afford the superstars

After missing much of last season due to injury, Haula is having a solid season with 21 points in 36 games, but injuries have once again taken away games from him. He's averaging about two shots per game with an elite matchup tonight against a New Jersey Devils team that is on the tail-end of a back to back. In addition, the Devils are horrible defensively as they've allowed 3.39 goals against per game â€" the second-most in the NHL.

What a shocker Bryan Rust has been this season. He has 45 points in 41 games and has surpassed his career-high of just 38 points from two seasons ago. He, playing with Evgeni Malkin, has really taken advantage of a regular role in the top-six for the Pittsburgh Penguins and with other injuries to their wingers, he is playing on the top power-play unit.

Rust is averaging just under three shots per game and has a home matchup against a Montreal Canadiens team that, despite being 6-4-0 in their last 10, is almost assuredly going to miss the playoffs.

The Winnipeg Jets have suffered from so many injuries on their back-end, especially early in the season, but Neal Pionk has been a defenseman that has really broken out this season. He is playing on the top pair with Josh Morrissey as well as on the top power-play unit.

Pionk is an across-the-board contributor, as not only does he have 37 points in 58 games, he has mustered up 130 shots and 62 blocks. As mentioned above, he plays on the top power-play unit but tonight that may not make a huge difference as despite the San Jose Sharks brutal season, they have the NHL's best penalty unit with a 85.6 percent success rate.

Ryan Sheppard is not a FanDuel employee. In addition to providing DFS gameplay advice, Ryan Sheppard also participates in DFS contests on FanDuel using his personal account, username donkshow_. While the strategies and player selections recommended in his articles are his personal views, he may deploy different strategies and player selections when entering contests with his personal account. The views expressed in his articles are the author's alone and do not necessarily reflect the views of FanDuel.