Flying high, not getting high: the poppy-eating cockatoos of Tasmania are no opiate addicts 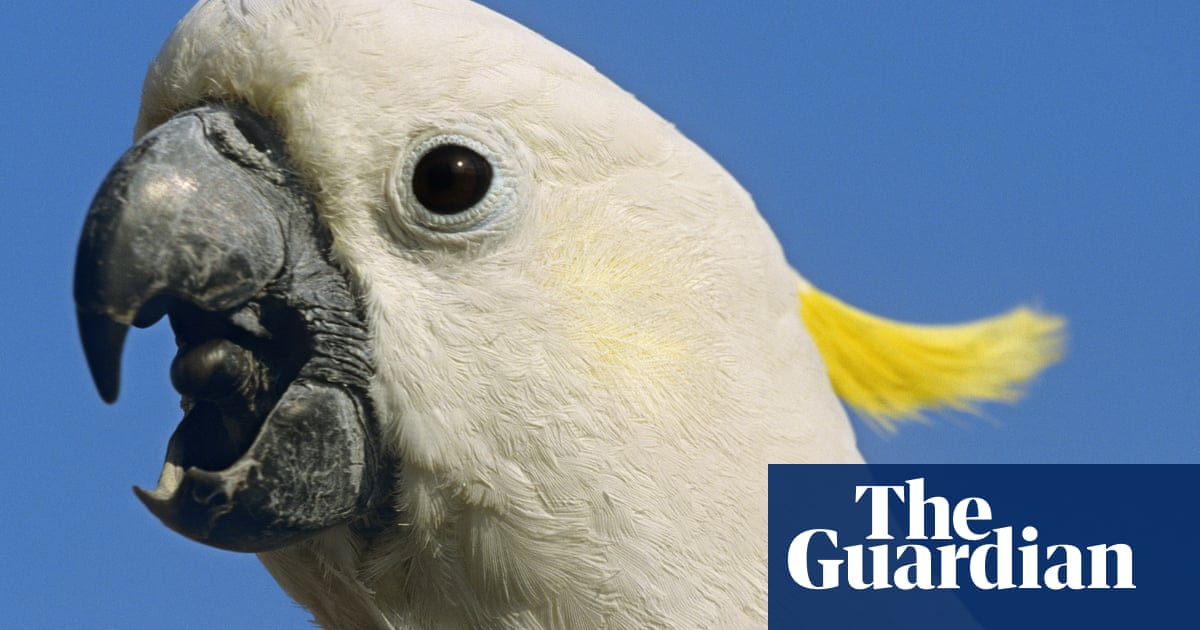 Scientists say it's the poppies' fat and protein, not their narcotic alkaloids, that keep the birds coming back for more

Tasmanian farmers have reported their poppy crops are being ravaged by cockatoos, but experts say it is likely that it is a taste for the fatty seeds, and not an addiction to opiates, that is attracting the birds.

Tasmanian farmer Bernard Brain told the ABC on Tuesday that flocks of about 300 white cockatoos had decimated his harvest by ripping capsules from his poppy flowers and eating them, leading him to believe that the native birds were addicted to the alkaloid found in the seed.

Poppies, which naturally produce opium, are used to produce highly addictive drugs such as morphine, opium, heroin and codeine.

But Maggie Watson, a lecturer in ornithology at Charles Sturt University, has cast doubt on that theory.

"The pathways of addiction for birds and mammals are very different," she said.

"[The cockatoos] are not affected by the opiates in poppy seeds, rather they are interested in the fat content of the seeds."

Poppy seeds are high in fat (about 50%) and protein (about 22%), so they are very nutritious for the cockatoos.

A spokesperson from BirdLife Australia supported this and said: "Our senior bird expert says he's not entirely convinced it is about the cockies being addicted.

"I actually think it is a case of these intelligent birds discovering and exploiting a new food resource rather than them becoming the junkies of the bird world."

But while the newfound source of food is popular among the birds and safe for them to eat, Brain says it has cost him both time and money.

"The damage has been far worse this season than any other, mostly due to the dry weather," he told Guardian Australia.

But worse than the poppy damages, Brain's biggest problem is the amount of time he feels is wasted chasing after the huge flocks.

"I can usually get them gone by ten o'clock in the morning by chasing them around for a couple of hours and then they disappear until five o'clock and then I chase them again for a couple more hours."

The hours spent chasing cockatoos in the morning is, on a normal day, the time where he's able to get a few small jobs out of the way, water the crops and put out the hay before having breakfast at home.

Watson explained that eating seeds, even poppy seeds, is normal behaviour for the white cockatoos of Tasmania.

"In Tasmania, there are several species of cockatoo that are white, these include the long-billed corella, little corella and sulphur-crested cockatoo. All three are known seed and fruit eaters and will eat agricultural grains."

For Brain and other nearby farmers, it's not just poppy crops being affected. Cockatoos also feast on the seeds of other crops, which has forced the company he works for to buy broad acre netting to cover seedlings.

Recent bushfires have affected feeding grounds for many species across Australia.

In Tasmania alone at least 32,302 hectares have been burned since the start of the 2019 fire season, which may have affected the regular feeding grounds of Tasmania's white cockatoos, with drought also depleting resources.

"I don't know the specifics about Tasmanian feeding grounds, but in general, across Australia, all the birds are struggling to find food this year," Watson said.