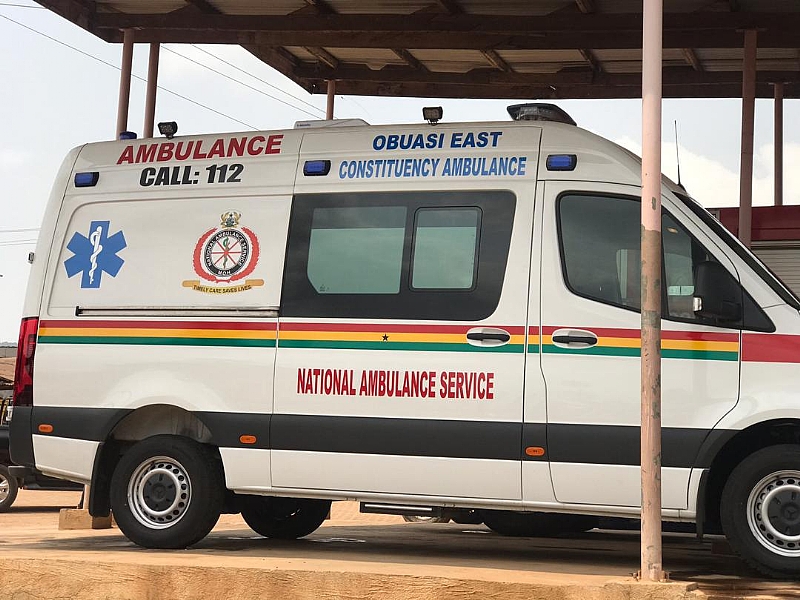 The Obuasi East District has officially taken delivery of its share of the 307 National Ambulance commissioned by the President of the Republic of Ghana His Excellency Nana Addo Dankwa Akuffo Addo on Tuesday, 28th January 2020 as part of the NPP Government's '1 Constituency 1 Ambulance' promise.

Hon. Dr. Patrick Boakye Yiadom expressed his excitement for the government's commitment in fulfilling one major campaign promise to Ghanaians and also describe the President as a promise fulfilling President who has the interest of Ghanaians at heart.

He said the Ambulance would help enhance and improve emergency healthcare delivery in the District and will also solve the difficulties people go through to transport emergency cases within the District.

He Lamented that years back neighboring districts such as Obuasi Municipal, Adansi Asokwa, New Edubiase, Obuasi East and Odotobiri District all relied on Bekwai for Ambulance services because it was the only district with an Ambulance.

The MP advised the handlers of the ambulance to ensure timely maintenance for it to last longer to deliver the needed services to the people of Obuasi East.

The Ambulance was then taken to some communities such as Ahansonyewodea, Odumasi, Gyimiso, and other communities within the district.