Martin reiterating position of no coalition with McDonald

by The Irish Times 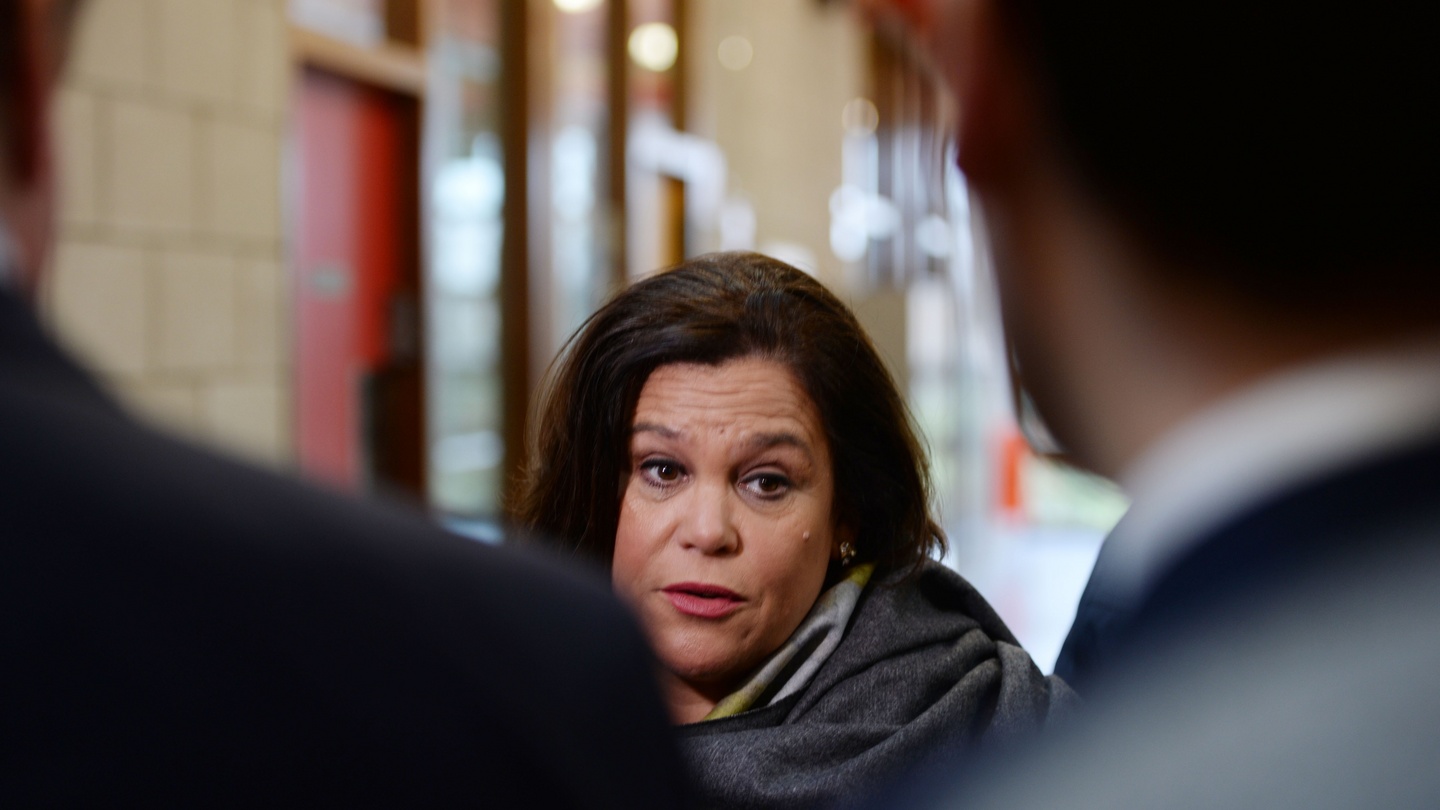 Ms McDonald and Mr Martin were due to talk on Friday by telephone for their first substantive discussion since last weekend's dramatic election which saw Sinn Féin, with 37 seats, come within a seat of Fianna Fáil's total of 38.

However, Fianna Fáil sources insisted the conversation would not be wide-ranging because Mr Martin would reiterate the position adopted by the Fianna Fáil parliamentary party that it would not enter into government with Sinn Féin.

In the past 24 hours, Sinn Féin's focus has turned away from a coalition of the left, to seeking a pathway towards some form of arrangement with Fianna Fáil.

Speaking earlier on Friday, Ms McDonald said it would be "very wrong" if Fianna Fáil and Fine Gael went into coalition together as it would disrespect the wishes of hundreds of thousands of Sinn Féin voters who voted for change.

"I hope to speak to Micheál Martin by phone today. I would say to him, Micheál, what you are doing is very wrong.

It is wrong to disrespect the views and wishes of hundreds of thousands of Sinn Féin voters.

Beyond that, there is a clear message people don't want Fine Gael back in with Fianna Fáil in any guise they do not want Simon Harris back in Health, they do not want Eoghan Murphy back in housing.

"People want delivery, they want solutions, they want a government and I would say that all of us have a responsibility to deliver that."

Earlier, Sinn Féin housing spokesman Eoin Ó Broin said a left-leaning coalition led by Sinn Féin and comprised of left-wing parties and individuals was not possible, as there were not sufficient numbers.

Asked about the Greens and Social Democrats going into a government in which both Fine Gael and Fianna Fáil was involved, Ms McDonald said; "I would say, Don't do it. Don't give way. This is a moment. We have had a really really transformative election.

Ms McDonald was also critical of the "old boys club" of Fine Gael and Fianna Fáil, who she said by refusing to consider government formation talks with Sinn Féin "believe they are entitled to hold power" between themselves.

"So if we have to fight another election okay let's have the election, but what needs to change here is the mindset, the mentality, the sense of entitlement that Fianna Fáil and Fine Gael hold, that day is over," she said.

Earlier on Friday, Ms McDonald said she intended press Mr Martin to sit down and talk about forming a "government of change".

"I will be saying to him that we need to sit down and talk, not to shoot the breeze or to exchange Valentine's Day greetings, but to actually get down to the real business of the day," she said.

The Sinn Féin leader was speaking to the media before an event at the Cabra parkside community sports centre, in north Dublin.

"I haven't heard anybody dispute the fact that the majority of people who voted would regard a return of Fine Gael and Fianna Fáil as a disaster," she said.

The two parties were "insisting that they and they alone are allowed to hold power," Ms McDonald said.

on The Irish Times