The Real Carly Pearce Just Stood the Heck Up: 'I Know Who I Am'

by Taste of Country 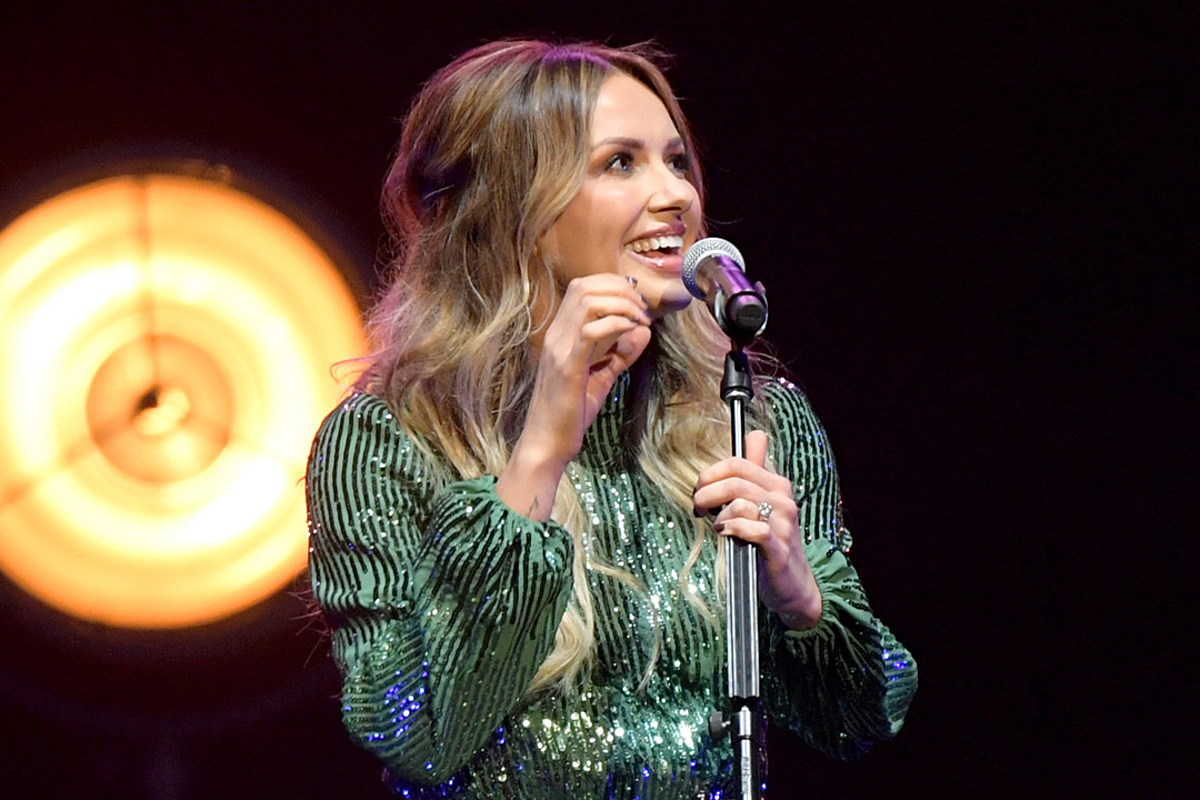 There's a beautiful shine across the 13 songs that build Carly Pearce's new self-titled album. Carly Pearce (Feb. 14 via Big Machine Records) is polished, but not fabricated. It's vintage, but not dusty.

The Kentucky-born, Dollywood-raised Pearce thinks of herself as an old soul, and there's evidence to support it. Her neighbor is Grand Ole Opry staple Jeannie Seely -- legend has it the two women can be found triking around the neighborhood with Pearce's husband Michael Ray and a splash of red wine secured in a basket.

Like Ray, Pearce learned about music from her grandfather, an amateur musician but steady influence throughout her formative years. In fact, she says that during the very first date she and her now-husband went on, they dove deep into their relationships with the older generation. Find a feather tattoo on her left bicep that honors his legacy. Her chosen stage name, Pearce, was his last name.

"I've always been an old soul," she says, relaxed in a deep-water-blue sofa at the Taste of Country studio. She's just finished three rounds of interviews and has more to do, but there's no sign of fatigue. There's a quiet, blue collar professionalism to how Pearce carries herself that shouldn't be mislabeled as anything else. There's a job to be done, and it's a job she enjoys, but an artist working just her fourth single has little room for error or distraction.

People often assume "old soul" means traditionalist, but that's a mistake when talking about the great women of country music. Reba McEntire, Dolly Parton and (more recently) Faith Hill put as much pop in their country as any male or female artist in 2020. Pearce has followed their example, thus this record is charmingly contemporary, but not rooted in modern pop. There's a palpable '80s and early '90s influence that the "I Hope You're Happy Now" singer says she'll own as her sound from now on. When you listen to "Call Me," "You Kissed Me First" and "Finish Your Sentences" (with Ray), you're hearing her signature.

"I think the first album was the introduction, 'Oh my God, are people gonna like me?" she admits, referring to the critically-acclaimed Every Little Thing from 2017. "I think this one I just know who I am in the marketplace, and I know who I want to be and who I want to speak to."

Ask and Pearce won't hesitate to name "It Won't Always Be Like This" as her favorite song on the record. The song was written and recorded last July and was the final song she cut for Carly Pearce and the final song she cut with producer Busbee, who died in September. At the time, she and co-writers Natalie Hemby and Sam Ellis focused on events from her past: Failed relationships, early struggles to secure a record deal and her grandfather's influence, which she admits she may have taken for granted. She cried while writing it, but the words came quickly.

Recording the song was just as special.

"Busbee started crying and he was like, 'Man, people need to hear this song,'" Pearce recalls. "'I just re-kindled a relationship with my brother after years and years and this song is really hitting me.'"

She didn't know -- few people did until it was too late. The late producer and award-winning songwriter had a rare brain cancer called glioblastoma. His passing is professionally painful for Pearce, too. Much like Maren Morris, she credits him with helping to identify who she is as an artist. Pearce says Busbee's gift was finding what makes each individual artist special and polishing that.

"The spirit of my music is to let my vocal be the star," she says. "I want it to live in space and let the lyric sit there, and he just knows how to do that. Or, he knew how to do that."

"I Hope You're Happy Now" with Lee Brice is Pearce's current single, a Top 20 hit on Billboard's Country Airplay chart. This summer look for her on the road with Old Dominion. On Friday night, Valentine's Day, she'll be with husband Michael Ray. They have a show together in St. Louis.

on Taste of Country