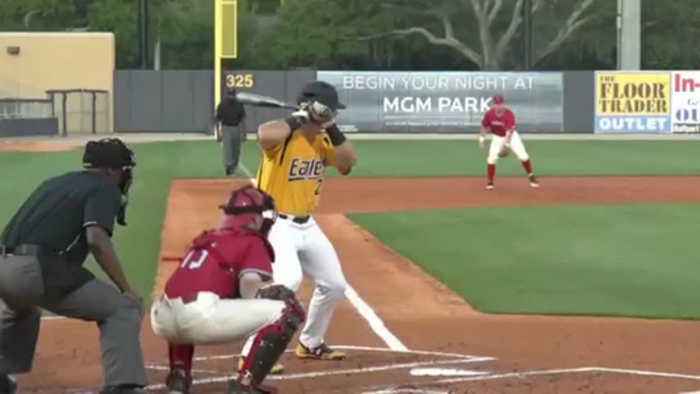 As a cautionary tale... regiona- projections don't guarantee - anything.

- the southern miss baseball team- knows that better than anyone..- and - yet it's still hard to ignore - the possibility, of the - n-c-double-a- tournament... coming to - hattiesburg.- this week... u-s-m jumped into- baseball america's latest - mock-up, of - regional host sites... having - already been, in the like... fo- d-1-- baseball-dot-com.

- the black and gold were making - strong case for themselves, at- this- same time last year... before - closing out the regular season,- with three straight losses... a- florida international.- not even winning the conference- u- s-a tournament, in front of - raucous - crowd at pete taylor park... wa- enough to sway the committee.

- but last weekend's 3-game sweep- over now third place florida- atlantic... - should have a little extra pull- in the other direction.

- - "we know we have a good chance to do - something great, and we've just- got to take it one game at a- time and just play our game - instead of just getting - big-headed and trying to overdo- things, do too much.

If nothing else... dylan- burdeaux's senior season will b- something to- remember.

- mississippi state and l-s-u, ar- also projected as regional host- sites... in both of the - aforementioned publications.- - okay, w-x-x-v play